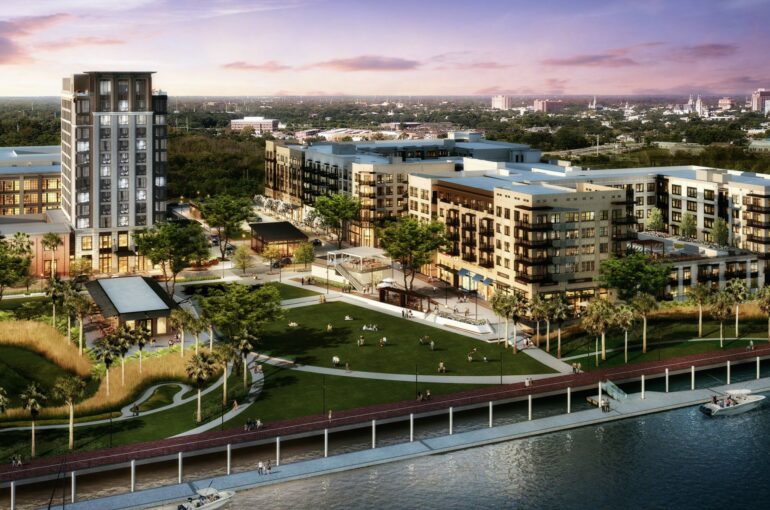 The first phase of “Adler” townhomes were sold out in early 2021. They were the first move-in ready homes in the neighborhood; these two and three bedroom residences priced from the mid $900,000’s, are reminiscent of the city’s historic row houses and whisper of their region and namesake. Several new Adlers were released in March 2021.

Also completed in 2021 are a number of cutting-edge warehouse conversion homes called the J.J. Corry. The first J.J. Corry building is completed and the second building is sold out!

The first section of the luxurious River Homes has also gone vertical, and was completed in Summer of 2021. The entire second phase of the River Homes, starting at over $3 million, are expected to be released soon.

The Hamilton will be Upper East River’s lock-and-leave luxury condominium offering. They originally took reservations for the first selections of The Hamilton, with 18 units now under contract. They will break ground by mid-2022 with construction complete by the end of 2023.

Construction is beginning for The Mayors, our most exclusive offering. These are Upper East River’s penthouse-style homes that each encompass their own floor, with two of the five initial homes currently under contract.

The Geo. Meyer House is Upper East River’s two-story, resort style amenity center for residents of Upper East River; with access to a variety of amenities, including an indoor/outdoor infinity swimming pool with ample seating around the deck, dining and a state-of-the-art fitness center. Drawings are completed and they plan to break ground later this spring.